Addison Anthony, 21, is a three time Moondance student eager to return to Moondance as a leader for her first summer! Addison was raised in Montgomery, Alabama where she attended the Montgomery Academy.  Addison was first introduced to the Moondance way through her three Moondance Adventures – Yosemite, Machu Picchu and Ecuador + Galapagos. She knew from her first trip that she wanted to return to Moondance to have the same positive impact on her students as her leaders had on her. Addison is a rising senior at Southern Methodist University in Dallas, but currently calls Madrid, Spain home where she is studying abroad. Addison is tremendously excited to have the opportunity to lead a new crop of Moondancers through Belize + Costa Rica this summer!

What are your interests?

“I have the most experience traveling in Europe, but I’ve yet to find a place I wasn’t excited about. Learning about a new place and people is the most exciting part of travel; the whole world is on my list.”

Marshall Woodward, 23, is another first year leader who we are expecting amazing things from! Marshall grew up in Houston, Texas but has called Lexington, VA his home for the past 4 years. In Lexington, Marshall attended Washington & Lee where he graduated with a degree in Geology and Romance Languages this past May. Marshall grew up spending his summers in rural Minnesota where his deepest affections and connections with the outdoors first began. He continued his love by attending Falling Creek Camp just outside of Asheville for 4 summers as a camper.  Marshall was also a camper and a counselor for Ski Masters – a camp in Texas that specializes in teaching kids how to water ski! In the summer of 2014 Marshall worked for a shipping company in Hamburg, Germany and was able to explore everything the country had to offer. This past summer Marshall interned with an oil and gas exploration company. Marshall is a very gifted leader and we eagerly anticipate all the fun and memories his group is sure to make on Belize + Costa Rica this summer!

If you could have any job in the world what would it be?

“Andrew Zimmern’s Bizarre Foods.  I would love to travel the world eating street food, meeting locals and learning their customs.  He has the best job in the world, hands down.”

What are you most excited about this summer?

“I can’t wait to meet all the other leaders and hear about their lives that brought them to Moondance, as well as meeting all the participants who are going on trips with me.  People are the most interesting part of life, and listening to their paths and dreams is a true reward.”

Ready for the Pacuare!

Upon arrival in El Brujo, we immediately began our service work at the local church, where Alec led the group sanding and prepping church pews for varnishing.  On a hot summer afternoon, we spent a few long hours working. The reward for our hard work was a very special evening with the entire community.   Around 75 people from El Brujo came to the community center for Saturday bingo night.   Brooke helped translate for the group, which proved fruitful for Missy and Sydney who both won a prize!  Eliza managed to make a 5 year old Costa Rican friend who was not at all stopped by the language barrier.  Eating dinner in the community center with our new friends was a memorable evening.  We passed out at the bungalow back in Buenaventura, a five minute truck ride from the community center.  Robert felt back at home riding in a truck bed after a long day of work, even in a totally new land.

After a farm grown breakfast of smoothies, empañadas, and muffins, we walked back to town to finish our work at the church.  Libby and Avery teamed up and diligently varnished a few benches, as the rest of the group helped out with planting, weeding, and of course, more varnishing.  By midday, we were sweaty, but not too tired for a big soccer match with local kids where Lane kept up conversations and competition with his new Costa Rican amigos.

A big lasagna lunch filled us up before we took a tour of the farm- Haley tasting hot peppers, Gracie staving off the heat with fresh coconut milk, and Sydney pressing sugar cane. Afterwards we headed up the mountains of the Savegre Valley for a camp out.  Beautiful stars greeted us at the top and the rain held off, where Jake spotted the Milky Way.

On our way down the next morning, we took the “Avatar Tour” and exfoliated with blue clay.   Afterwards, we played more soccer, painted murals, made chocolate with fresh beans, and then retreated to the yoga studio for a relaxing session of sun salutations.  A long day in all, but all found themselves relaxed and sad to be leaving Buenaventura.

Today we rode halfway across Costa Rica, changing 10,000 feet in elevation. Now in Turrialba, we find ourselves in the vicinity of a recently active volcano (out of danger, of course) and a little shaken up after feeling a magnitude 4.2 earthquake a few days ago!  Tomorrow we begin our rafting tour on the Pacuare, where we will be sleeping in bungalows deep in the jungle.

After a long airport day, 12 Moondancers hopped on a boat headed for Long Caye.  2 hours east of Belize City by boat, Long Caye is part of the Lighthouse Reef Atoll.  A big dinner and a beautiful sunset greeted us upon arrival.   That night we slept anxiously and excited for our first day of SCUBA.

The confined water dives took place in three feet of perfect Caribbean water, where our dive masters taught us how to use the gear and breathe underwater.  Haley overcame initial breathing problems and shark concerns to become very comfortable in the ocean!  By the afternoon, we were ready to head down to thirty feet for a more intense and immersive submersed world!  Alec found his groove and got up close with some corals, and accidentally scratched up on some fire coral.  Like the trooper he is, he remained unfazed.  After practicing removing our masks at 30 feet, we took a tour of the reef and glanced over the 150 foot abyss that is Long Caye Wall.   Another hearty meal of traditional Belizean fare held us over until our second day of diving. Already new friendships were blooming before the first 24 hours together were even finished!

The second confined water dive was brief, and immediately rolled over into another deeper open water dive.  Here we saw our first eagle rays, a tiny sea horse, and hundreds of parrot fish.  Jake showed off his diving prowess and helped some of the new divers get used to living underwater.  That afternoon we boated east to the edge of the atoll to dive at Half Moon Caye, a turtle and red-footed booby sanctuary.   Getting cozy in a totally new dive location, Sydney got up close with a few eels and conchs.  The full moon was out that night, which was unknowingly going to give us a special present the next day!

Our last dive reached 60 feet and was full of wildlife- more rays, lobster, tarpon, barracuda, and thankfully no sharks (they would show up eventually).  After the dive we headed back to Half Moon Caye for a tour of the island.  Here we saw loggerhead turtles hatched the night before, a product of the full moon!  Brooke tried bringing one home, against the advice of the park rangers (don’t worry, she did not succeed).  Eliza saw her first shark of the trip as a huge nurse shark circled our boat as we left the island.

The afternoon ended with a big fishing trip.  Jacks, drum, snappers, and triggerfish were the catch, amounting to a whooping 41 by the time night fell.  The real heroes of the day were Robert and Lane, the latter who pulled in a shark on a hand line, and the former who wrestled the shark on the boat!  The boys were soaring on waves of adrenaline and surely made the memory of a lifetime.

We sadly left Belize early the next morning, with happy memories of the Caribbean.  Our travels took us back to Belize City, through El Salvador, and finally into Costa Rica.  It was a long day of travel but thankfully an easy one.

Our first day of adventure in the land of Pura Vida began with a zipline tour at Hacienda Baru, a nature preserve.  Libby spotted a white-faced monkey in the canopy, and Avery had a grand old time on her first zipline!  Afterwards, we headed south on the Osa peninsula to Playa Uvita where a thunderstorm cut our surfing short.  Thankfully we had time to learn how to catch waves and ride some big ones before the thunder stopped us.  Missy was a natural and shredding the waves, and is very excited to be back surfing tomorrow. Afterwards, we will head to El Brujo for the service section of the trip, where Gracie cannot wait to play soccer with some local kids and maybe even show off her skills. 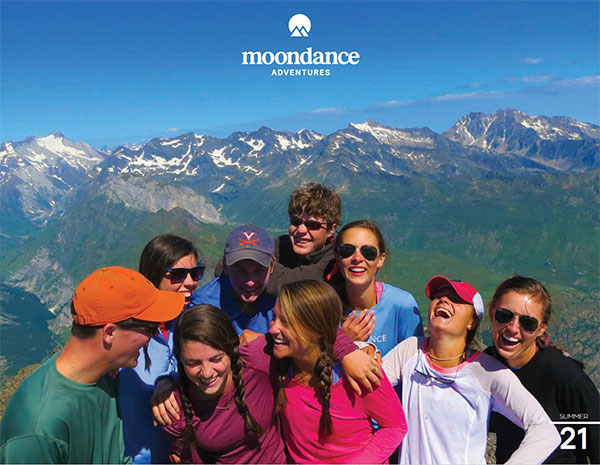 There are no spaces available for the upcoming season. We will open enrollment in late summer or early fall for the summer of 2022.

While this trip is currently full, we are accepting applications for a waitlist. Please complete our online application to ensure your spot on the waitlist. We’ll call you to discuss options once we receive it.

We place limiting factors on students from the same school or hometown. We also strive for equally balanced co-ed groups. These factors may be relevant.